Treatment for Pain after Obturation 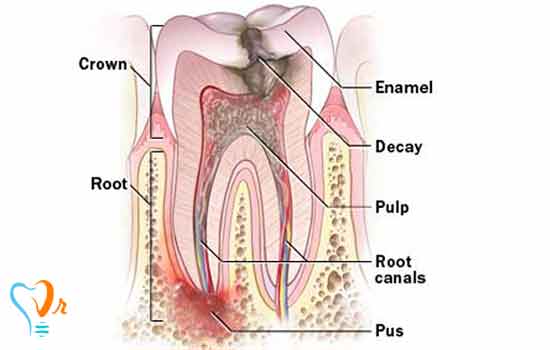 Treatment for Pain after Obturation

Most dental treatments, especially root canal therapy, are performed under local anesthesia. However, in some people, root canal therapy can be performed under general anesthesia due to lack of cooperation, fear or anxiety, nausea reflux, mental or physical retardation. A lot of studies have been done on post-treatment pain and its prevalence.
In the recent study, patients were allowed to use 400 mg ibuprofen tablets in case of pain. In this case, 2 patients from the general anesthesia group and 4 patients from the local anesthetic group used an ibuprofen tablet.

Since, in order to correctly complete this questionnaire, the patient needs to be able to mentally identify general anesthesia, they were not included in the study. Also, in order to better the two groups and better eliminate the confounding factors, the underlying factors such as age, sex, type of tooth and severity of pain before the treatment in both groups were selected in the same way. The similarity of these underlying factors in both groups was ensured by statistical methods. High anxiety and anxiety is one of the most commonly used dental treatments. Despite the fact that the feeling and perception of pain in anxious patients is more than other people. However, the results of this study showed that these individuals, if treated under general anesthesia, would be less likely to suffer from post-treatment pain.

The use of general anesthetic can have complications. These complications include all problems during anesthesia and recovery. In the present study, postoperative pain was found to be lower in patients treated with general anesthesia than in other patients. This may be because of the shelf-life of the anesthetic effect on the day or the first hours after treatment. Also, in cases where the patient has pain before the root canal treatment, the incidence of pain after the treatment is also higher. In this study, patients treated under general anesthesia had no analgesic effects during root canal treatment.