Force direction and its relationship with the implant body design: Generally it was said that shear forces are bone destructive forces and therefore the greater the angular force

Force direction and its relationship with the implant body design:

Generally it was said that shear forces are bone destructive forces and therefore the greater the angular force, the more stress is created on the implant- bone contact surface. But why this happens? Because of the anisotropy, the effects of destructive forces on bones are intensifying. Anisotropy means bone mechanical properties such as its strength which depends on the direction of forces on the affected bone.

The angled force at an angle of 30 degrees can increase the stress on the bone by 50% in comparison with the force that enters from longitudinal axis force (no angle) direction. This stress will be more around the implant crest level. So if the angle of forces on bone- implant contact surface increases, stress will be increased in areas around the implant. As a result, all implant plans are done according to occlusal plan. On the other hand, axial placement of implants causes less shear stress on total implant system (such as porcelain, cement, abutment, abutment thread components, crest bone, implant body and contact surface of implant - bone and it can reduces some risks such as screw loosening and fatigue fractures.

The design of thread implants is capable to change occlosal forces to compressive forces on the bone surface. Four types of threads are designed for implants:

According to incoming forces to the implant threads, angular surface (face angle) in v-shaped thread is comparable with reverse buttress because the lower part of the thread face angle or thread is the same.

If axial forces are inserted on implant-bone contact surface, a square thread like a buttress can transfer the compressive forces to the bone because the lower part of the face angle in both of them are similar.

Reducing shear forces and as a result reducing the shear stresses on the implant-bone contact surface will reduce the risk of bone fracture risk in implant-bone contact surface area. The thread shape is related to macroscopic implant design and it is different from implant surface coating (microscopic design). It means, the level of each implant with threads (v-shaped, square, Buttress and reverse Buttress) should be prepared with HA or other roughening methods so, bone fusion and implant (osseointegration) and also the contact surface of the implant - bone will be increased during the initial restoration. 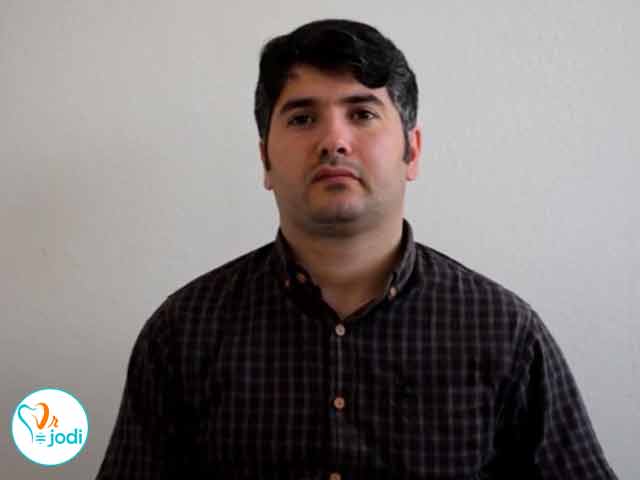 Satisfaction video of patient restoration and denervation of Mr. Farjian 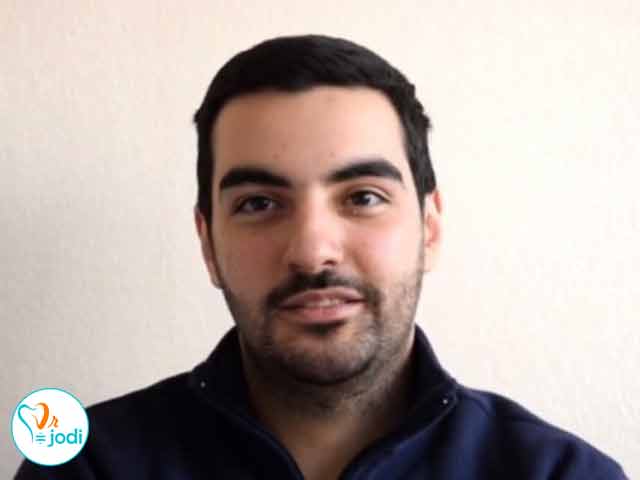